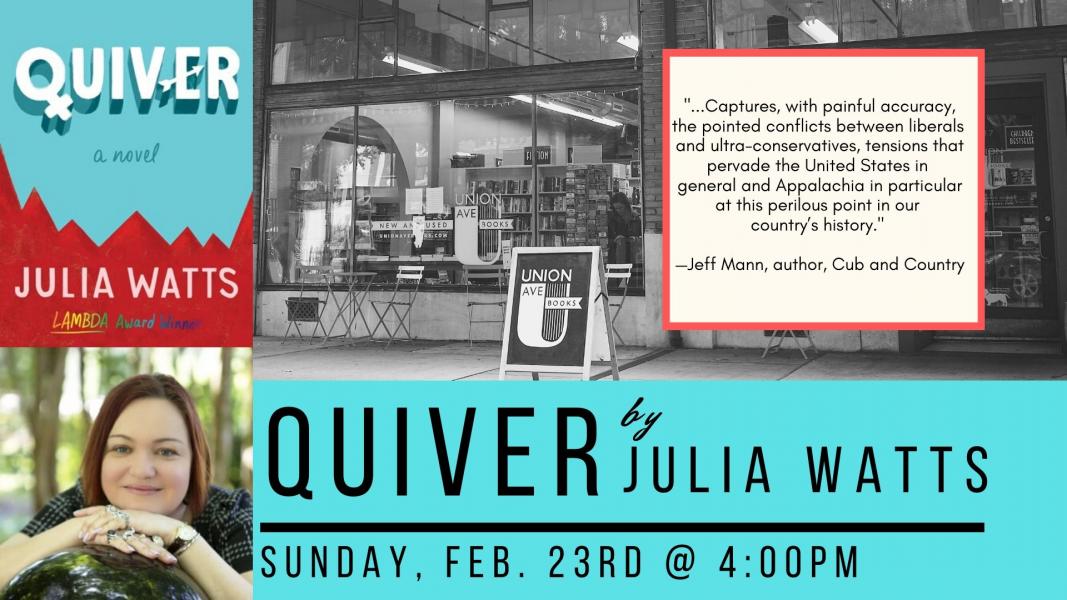 The Center for Children and Young Adult Literature (CCYAL) is inaugrating a YA book club called I'D RATHER READ YA. The first event in the series is hosted at Union Ave Books with LAMBDA Award-winning author, Julia Watts, on Sunday, February 23rd at 4:00pm.

Through deft storytelling set in rural Tennessee, author Watts offers a close examination of the contemporary compartmentalization of social interactions.

“Libby is the oldest child of six, going on seven, in a family that adheres to the “quiverfull” lifestyle: strict evangelical Christians who believe that they should have as many children as God allows because children are like arrows in the quiver of “God’s righteous warriors.” Meanwhile, her new neighbor, Zo is a gender fluid teen whose feminist, socialist, vegetarian family recently relocated from the city in search of a less stressful life. Zo and hir family are as far to the left ideologically as Libby’s family is to the right, and yet Libby and Zo, who are the same age, feel a connection that leads them to friendship—a friendship that seems doomed from the start because of their families’ differences.”

Julia Watts is the author of thirteen novels for adults and young adults, all published by independent presses. Her books, which are set in Appalachia and often depict the lives of LGBT people in the Bible Belt, have won a loyal following and several awards. Her novel Finding H.F. (Alyson Press, 2001) won the Lambda Literary Award in the Children’s/Young Adult category, and her historical YA novel Secret City (Bella Books, 2013) was a finalist for the Lambda Literary Award, a winner of a Golden Crown Literary Award, and a selection for the 2015 ALA Rainbow List.