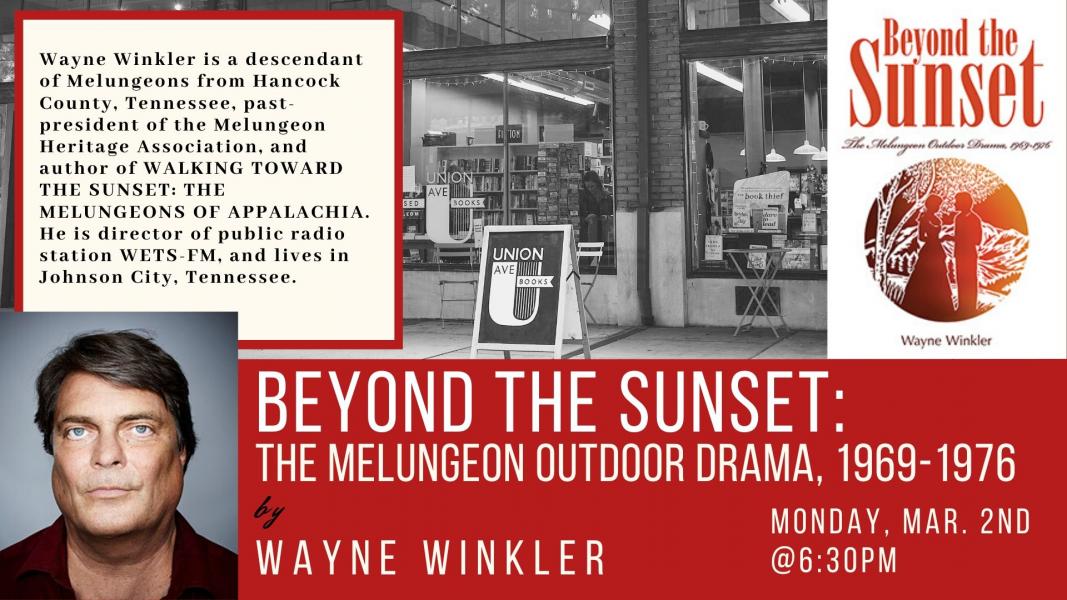 In 1969, Hancock County, Tennessee was the eighth poorest county in the United States. Isolated by rugged mountains and far from population centers or major highways, the county had few natural resources, couldn't attract industry, and had lost half its population in just a few decades. Hoping to develop a tourist industry, county leaders decided to stage an outdoor drama about the Melungeons, a mysterious, racially-mixed people that had attracted newspaper and magazine writers to Hancock County for more than a century.

To stage the drama, the organizers had to overcome long-standing local prejudice against the dark-skinned Melungeons, the reluctance of the Melungeons to call attention to themselves, the physical isolation of the county, and their own lack of experience in any aspect of this project.

In BEYOND THE SUNSET, Wayne Winkler uses contemporary press reports, long-forgotten documents, and interviews with participants to chronicle the struggles of an impoverished rural Appalachian county to maintain its viability in the modern world--and the unexpected consequences of that effort.

For those interested in Appalachian history in general and in Melungeon heritage specifically, this is a book that is an essential addition to your reading list.

Wayne Winkler is a descendant of Melungeons from Hancock County, Tennessee, past-president of the Melungeon Heritage Association, and author of WALKING TOWARD THE SUNSET: THE MELUNGEONS OF APPALACHIA. He is director of public radio station WETS-FM, and lives in Johnson City, Tennessee.

Beyond the Sunset: The Melungeon Outdoor Drama, 1969-1976 (Melungeons) (Paperback)