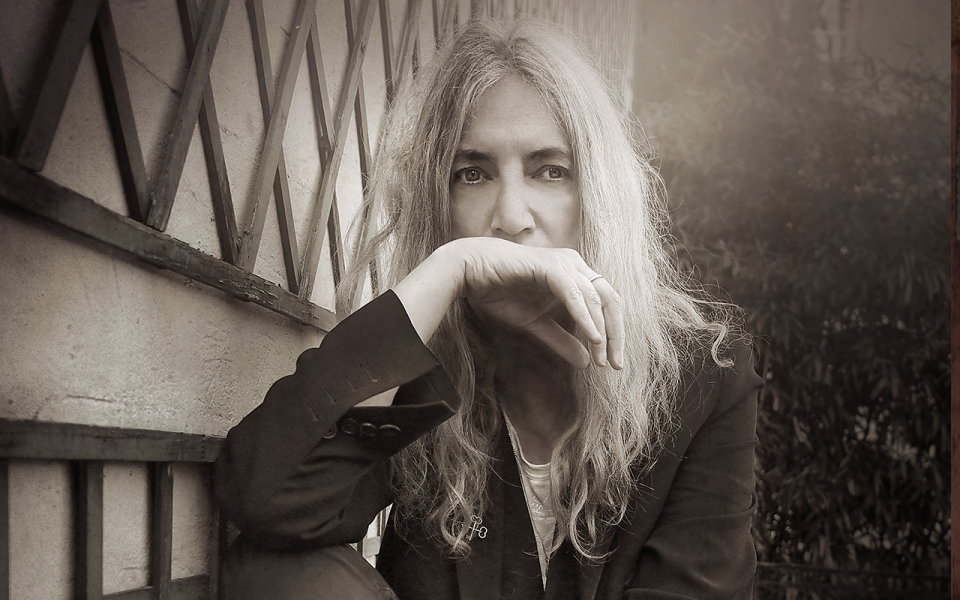 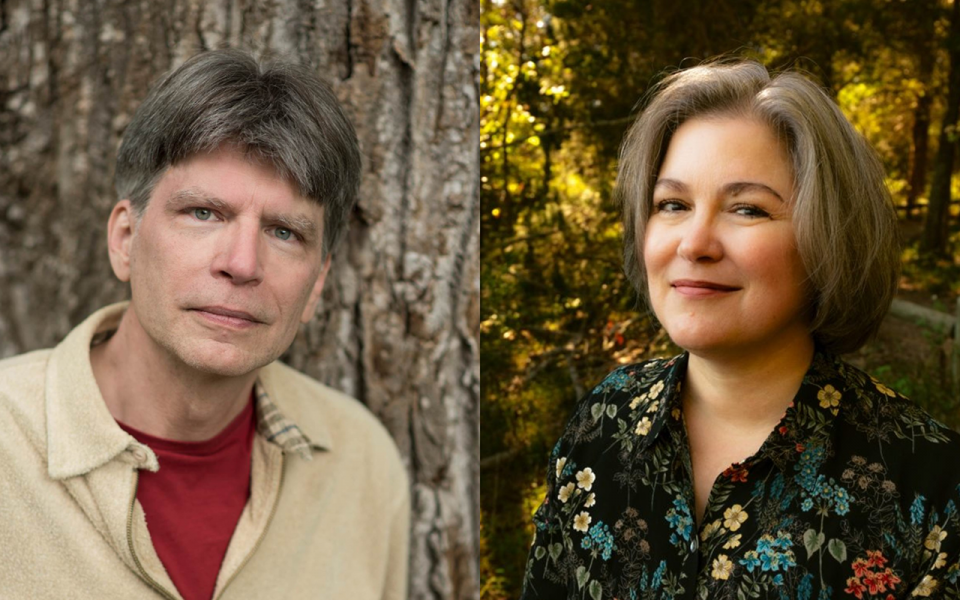 Patti Smith is the author of Just Kids, which won the National Book Award in 2010, and of M Train, as well as numerous collections of poetry and essays. Her seminal album Horses has been hailed as one of the top 100 albums of all time. In 2005, the French Ministry of Culture awarded Smith the title of Commandeur des Arts et des Lettres; she was inducted into the Rock and Roll Hall of Fame in 2007.

Richard Powers is the author of twelve novels. His most recent, THE OVERSTORY, won the Pulitzer Prize in Fiction. He is also the recipient of a MacArthur Fellowship and the National Book Award, and he has been a four-time National Book Critics Circle Award finalist. He lives in the foothills of the Great Smoky Mountains.

Margaret Renkl is the author of LATE MIGRATIONS: A Natural History of Love and Loss. She is also a contributing opinion writer for The New York Times, where her essays appear each Monday. Her work has also appeared in Guernica, Literary Hub, Oxford American, River Teeth, and The Sewanee Review, among others. A graduate of Auburn University and the University of South Carolina, she lives in Nashville.

Year of the Monkey by Pattie Smith:

From the National Book Award-winning author of Just Kids and M Train, a profound, beautifully realized memoir in which dreams and reality are vividly woven into a tapestry of one transformative year.

Following a run of New Year's concerts at San Francisco's legendary Fillmore, Patti Smith finds herself tramping the coast of Santa Cruz, about to embark on a year of solitary wandering. Unfettered by logic or time, she draws us into her private wonderland with no design, yet heeding signs--including a talking sign that looms above her, prodding and sparring like the Cheshire Cat. In February, a surreal lunar year begins, bringing with it unexpected turns, heightened mischief, and inescapable sorrow. In a stranger's words, "Anything is possible: after all, it's the Year of the Monkey." For Smith--inveterately curious, always exploring, tracking thoughts, writing--the year evolves as one of reckoning with the changes in life's gyre: with loss, aging, and a dramatic shift in the political landscape of America.

Smith melds the western landscape with her own dreamscape. Taking us from California to the Arizona desert; to a Kentucky farm as the amanuensis of a friend in crisis; to the hospital room of a valued mentor; and by turns to remembered and imagined places, this haunting memoir blends fact and fiction with poetic mastery. The unexpected happens; grief and disillusionment set in. But as Smith heads toward a new decade in her own life, she offers this balm to the reader: her wisdom, wit, gimlet eye, and above all, a rugged hope for a better world.

The Overstory by Richard Powers:

The Overstory, winner of the 2019 Pulitzer Prize in Fiction, is a sweeping, impassioned work of activism and resistance that is also a stunning evocation of—and paean to—the natural world. From the roots to the crown and back to the seeds, Richard Powers’s twelfth novel unfolds in concentric rings of interlocking fables that range from antebellum New York to the late twentieth-century Timber Wars of the Pacific Northwest and beyond. There is a world alongside ours—vast, slow, interconnected, resourceful, magnificently inventive, and almost invisible to us. This is the story of a handful of people who learn how to see that world and who are drawn up into its unfolding catastrophe.

From New York Times opinion writer Margaret Renkl comes an unusual, captivating portrait of a family--and of the cycles of joy and grief that inscribe human lives within the natural world.

Growing up in Alabama, Renkl was a devoted reader, an explorer of riverbeds and red-dirt roads, and a fiercely loved daughter. Here, in brief essays, she traces a tender and honest portrait of her complicated parents--her exuberant, creative mother; her steady, supportive father--and of the bittersweet moments that accompany a child's transition to caregiver.

And here, braided into the overall narrative, Renkl offers observations on the world surrounding her suburban Nashville home. Ringing with rapture and heartache, these essays convey the dignity of bluebirds and rat snakes, monarch butterflies and native bees. As these two threads haunt and harmonize with each other, Renkl suggests that there is astonishment to be found in common things: in what seems ordinary, in what we all share. For in both worlds--the natural one and our own--"the shadow side of love is always loss, and grief is only love's own twin.

Dates, times, and locations of authors are still to be determined. Debut books are listed below--pre-order now!
Follow updates here or at the Big Ears Festival website.

Year of the Monkey (Hardcover)

Late Migrations: A Natural History of Love and Loss (Hardcover)

The Overstory: A Novel (Paperback)