Home » Staff Corner
Back to top

Shiela Wood-Navarro is a longtime bookseller in Knoxville. She has been 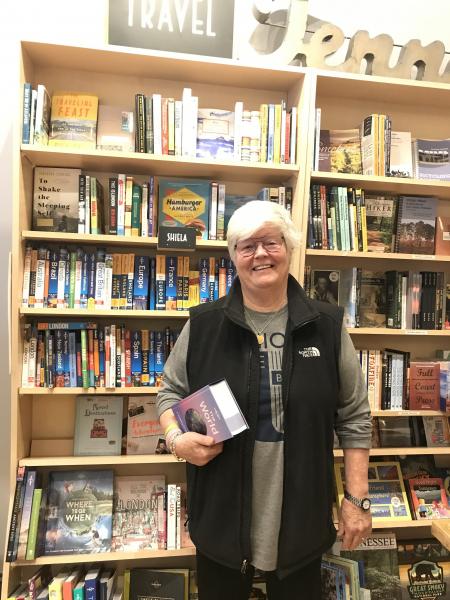 employed in the opening of three bookstores: Davis-Kidd for 13 years, Carpe Librum for 6 years, and currently Union Ave for 7 years. Adding the 4 years she worked at Malaprops in Asheville, Shiela's bookselling experience totals 30 years and counting. She is an independent bookstore person through and through. Shiela says "If I was not working here, I would be visiting and supporting indie bookstores any way I could."

Shiela loves seeing how Knoxville has changed over the last 70 years. Born an hour away from here, she would visit Knoxville at least once a week until moving away for high school. "Knoxville has become the place that it once was in the 50s and even better. A great artistic community, and a wonderful place to live. And of course there's the mountains. The people here are just nice people to live around, and they like to read."

Always an avid reader, Shiela's says she got it from her family. Also in the next generations, her two grandchildren, godson, and her daughter are great readers. She generally reads  fiction, loves short stories, nonfiction, and to mix it up often reads two books at a time. Mystery is Shiela's favorite genre.

The Grand Tour by Adam Price

The Lonely Planet: Children's Guide to the World 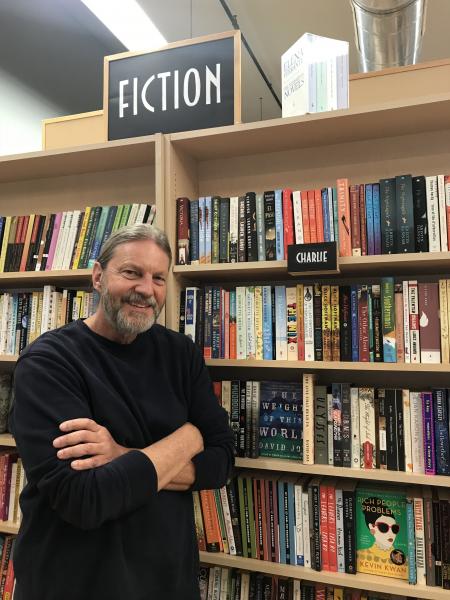 location in 2011. He had previously managed a bookstore in Guatemala for 5 years while participating in educational and human rights work. Upon his return he was happy to bring his bookselling experience back to Knoxville.

Charlie's favorite part about living in Knoxville: "It's a perfect balance between urban living and access to some of the most beautiful scenery in the world."

He is our resident James Agee afficionado, and can be seen holding beautiful tomes of classic literature. When not waxing poetically about a Knoxville sundown, Charlie likes reading about local knoxville writers and history, native american studies, classical literature, and anything Joyce, Agee, McCarthy, or D.H. Lawrence among others.

The White Deer by Robert Cranny

The Brothers by Stephen Kinzer

The Hero with a Thousand Faces by Joseph Campbell

Jeannette has been a part of the Union Ave Books team for five years, and loves finding the perfect book for the right person. 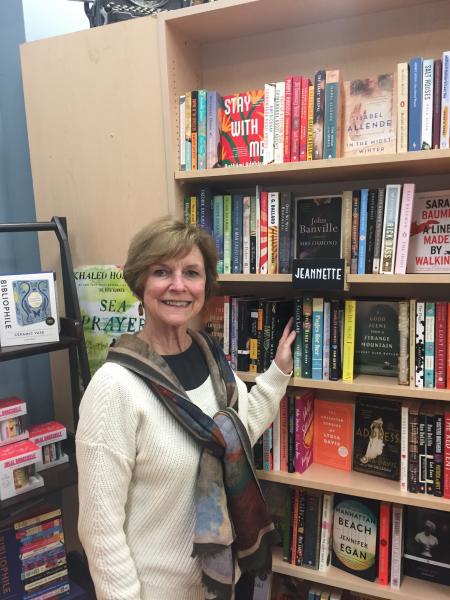 Jeannette is a writer, and reads enthusiastically. She reads mostly contemporary fiction, keeping current to showcase exciting new authors. She is a former member of the Knoxville Writer's Guild board, and her work has been featured in the Belleview Literary Review, the Southwestern Review, and Lost River. The Union Ave staff eagerly awaits the publication of her first novel, forthcoming in Spring 2020 from Texas Review Press. Jeannette love Knoxville so much she moved here twice! Her favorite parts of the city are The Tennessee Theatre, The Bijou, the greenways and people. 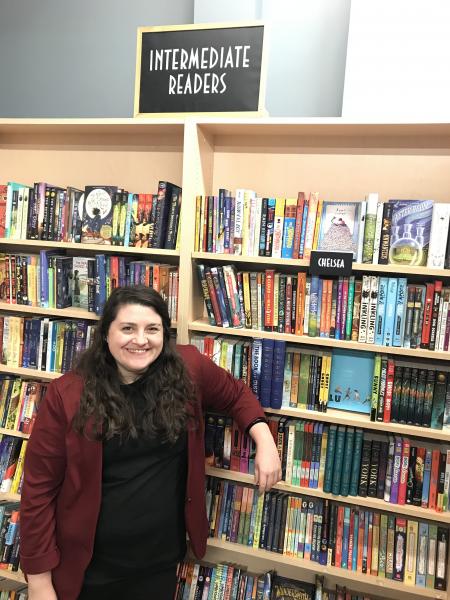 Carpe Librum, the parent project to Union Ave. When Union Ave opened they needed extra weekend help, so Chelsea started working on Saturdays. After 3 years of weekend hours she was lucky enough to be brought on full-time in 2015. Chelsea was an English major at UT. She's been a life-long bookworm, and when she first came here thought, "It is crazy that they would pay me to read and sell books."

Chelsea's been in Knoxville for 15 years. She loves Knoxville because it is a very walkable city, and the fact that people here are so dedicated to the city's history.

"I read everything," Chelsea says. Science fiction, fantasy, essays, graphic novels, history are some of her go-tos, but she's honestly a curious reader of everything.

A Tree Grows in Brooklyn by Betty Smith

Behind the Scenes at the Museum by Kate Atkinson

The Outsiders by S. E. Hinton

The Westing Game by Ellen Raskin

East of Eden by John Steinbeck 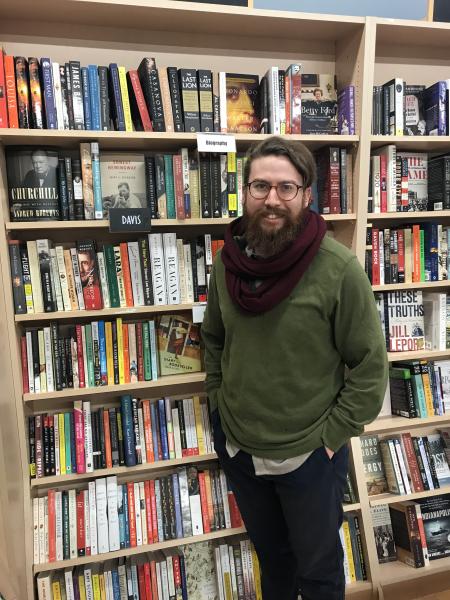 coming back home to Maryville. Trying to decide what city to move to he landed nearby in Knoxville at Union Ave Books in May of 2018, as he was drawn to the bookstore world after working at Politics & Prose in Washington, DC for two years.

Davis attended a Kazuo Ishiguro event and decided then and there he had to work for the bookstore that hosted it. He spent two years working with the events team, organizing hundreds of author events. He was an English major and was happy to apply his knowledge of books and connect with authors outside of school.

Davis loves the intimacy of Knoxville's size, although it features everything that can be found in a larger urban area. Growing up he would never go downtown except for special events such as a trip to the symphony, so it is fun for him to witness Knoxville's growth and how the city is flourishing.

Davis can be found reading memoir, biography, nature, spirituality, great contemporary fiction, and anything with a strong social commentary, fiction or nonfiction.

Field Guide to Getting Lost by Rebecca Solnit