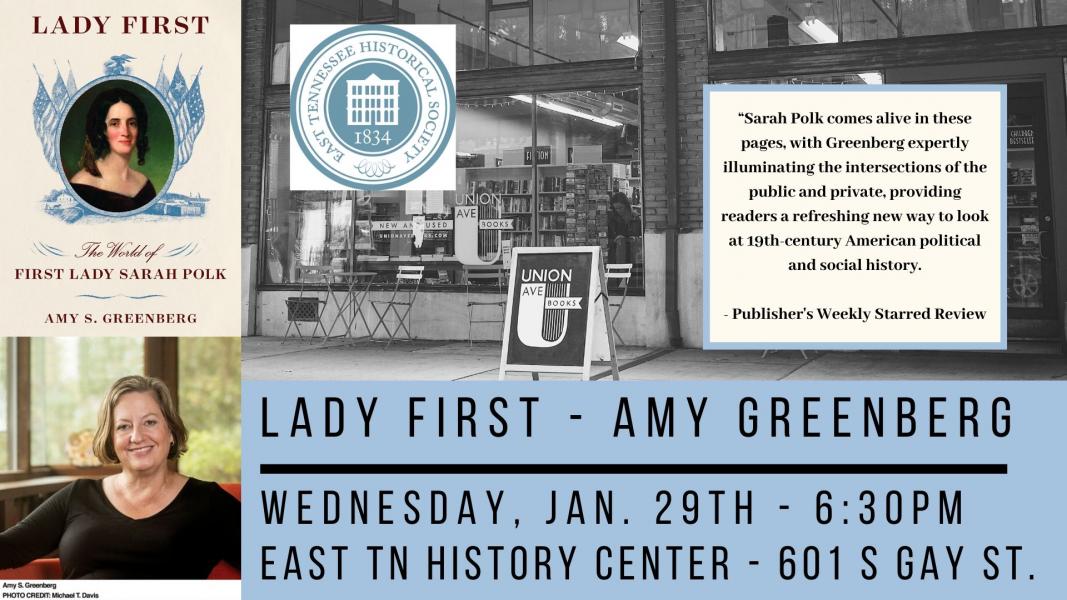 The little-known story of remarkable First Lady Sarah Polk—a brilliant master of the art of high politics and a crucial but unrecognized figure in the history of American feminism.

While the Women’s Rights convention was taking place at Seneca Falls in 1848, First Lady Sarah Childress Polk was wielding influence unprecedented for a woman in Washington, D.C. Yet, while history remembers the women of the convention, it has all but forgotten Sarah Polk. Now, in her riveting biography, Amy S. Greenberg brings Sarah’s story into vivid focus. We see Sarah as the daughter of a frontiersman who raised her to discuss politics and business with men; we see the savvy and charm she brandished in order to help her brilliant but unlikeable husband, James K. Polk, ascend to the White House. We watch as she exercises truly extraordinary power as First Lady: quietly manipulating elected officials, shaping foreign policy, and directing a campaign in support of America’s expansionist war against Mexico. And we meet many of the enslaved men and women whose difficult labor made Sarah’s political success possible.

Sarah Polk’s life spanned nearly the entirety of the nineteenth-century. But her own legacy, which profoundly transformed the South, continues to endure. Comprehensive, nuanced, and brimming with invaluable insight, Lady First is a revelation of our twelfth First Lady’s complex but essential part in American feminism.

Amy S. Greenberg is the George Winfree Professor of History and Women's Studies at Penn State University. A leading scholar of the history of nineteenth-century America, she has held fellowships from the Guggenheim Foundation, the National Endowment for the Humanities, and the American Philosophical Society, among others. Her previous books include A Wicked War and Manifest Manhood.

"Admirable. . . . Ahead of her time but critically aware of how she had to act within her time to wield power, Sarah Childress Polk was the most influential first lady in the century between Dolley Madison and Edith Wilson. 'Private interactions within their powerful partnership,' Ms. Greenberg acknowledges of James and Sarah, 'strongly suggest that he thought her his equal.' By all accounts, she was that and more." —Walter R. Borneman, The Wall Street Journal

"Sarah Polk comes alive in these pages, with Greenberg expertly illuminating the intersections of the public and private, providing readers a refreshing new way to look at 19th-century American political and social history. This is a highly recommended work." —Publishers Weekly (Starred Review)

"Though largely forgotten, this concise but thorough biography brings [Sarah Polk] back into the light. An illuminating study of a nontraditional female powerhouse." —Kirkus

"More social history than biography, [Lady First] traces Polk's steadily growing expertise in charming, manipulating, and exerting pressure to abet her husband's political career, which made for lasting change in Democratic Party policies. . . . [A]n in-depth, telling account of a largely overlooked woman who was able to effect profound influence while working within the constraints of her time and place." —Kathleen McBroom, Booklist